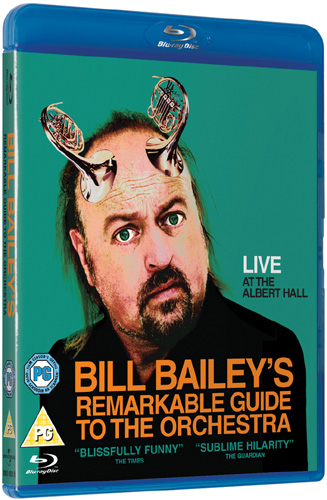 Comedian and classically trained musician, Bill Bailey joins forces with the brilliantly versatile BBC Concert Orchestra and musical maestro Anne Dudley, one of the UK’s most celebrated composers and arrangers. The show, recorded at London’s magnificent Royal Albert Hall, is Bill’s own uniquely hilarious and irreverent guide to the sounds, styles, and instruments of the orchestra, with a wide and eclectic range of subjects, including music for 70’s cop shows, sci-fi films, horror movies, news themes, plus some of Bill’s own songs re-imagined for an orchestra, and including Anne’s own specially written new works.

PLEASE NOTE THIS IS A REGION B DISC