(0)
Bill
Bailey
Shop
In light of the current nationwide lockdown, and for the safety of our staff, we have decided to temporarily close the online store until further notice. Keep safe. 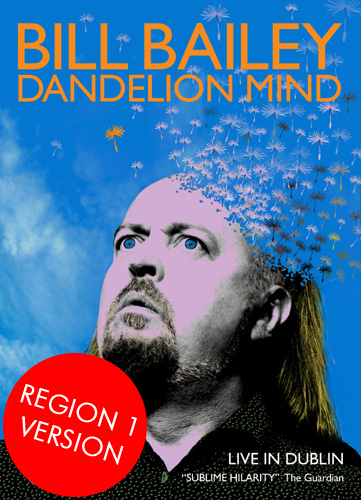 Bill will be signing each copy sold from the online store.

No way. Yes way! After our constant badgering on behalf of all of you frustrated US and Canadian fans, Universal has finally granted us exclusive permission to offer for sale “Dandelion Mind” DVD in Region 1 format. This DVD will only be available to buy directly from us here and to top it all Bill has promised to sign every single disc! Jeez, he’s a good chap!

In light of the current nationwide lockdown, and for the safety of our staff, we have decided to temporarily close the online store until further notice. Keep safe. Dismiss